Haze is a Sativa that first took root in Santa Cruz, California during the 1960's where it's lengthy flowering cycle is accommodated by the long growing seasons. Developed by the Haze Brothers, Sam the Skunkman, Wernard, Neville, and Eddie Reedeker. Haze is one of the building blocks of modern marijuana and is parent to countless cannabis hybrids, passing on its genetics from Colombia, Mexico, Thailand and South India. According to the Skunkman, the Haze Brothers had a falling out in the late 1970's and never sold Haze seeds under the name. Known for its high cerebral and up effects, Haze seeds are highly sought after for their extreme quality and mood lifting abilities that range from pleasantly intense to amazingly psychedelic. Sativa dominant by definition, if you want energetic weed that you can smoke during the daytime, then look no further than Haze from Original Seeds Store. 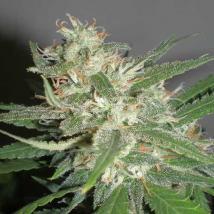