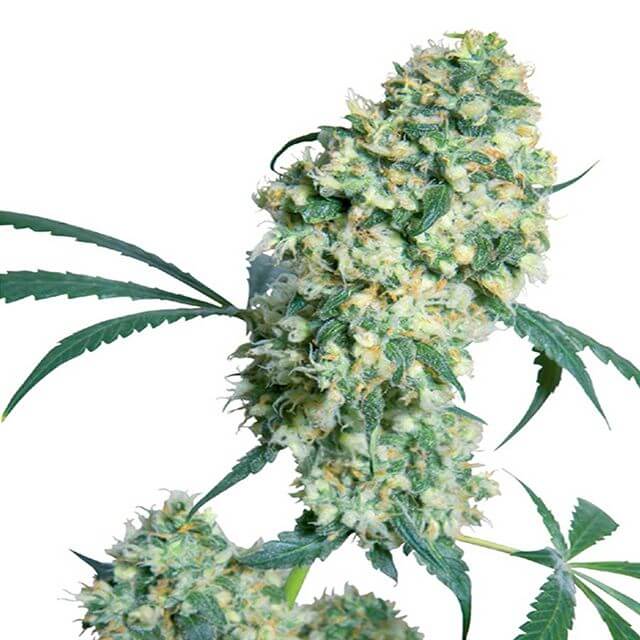 Sensi Seeds Ed Rosenthal Super Bud - named in honour of the undisputed heavyweight champion of growing gurus Ed Rosenthal! The layering of Indica and Sativa qualities in this hybrid is a rare accomplishment. A superb balance of the best traits from each end of the cannabis spectrum has been achieved through expert selection over countless generations. The blend of tropical genes in Ed Rosenthal Super Bud`s multi-faceted background is especially wide-ranging, representing Sativas from all around the equatorial zone - Africa, South East Asia, Central America and the Caribbean.

Ed Rosenthal Super Bud`s amazingly succulent flower formation is the strain`s distinguishing feature. Different individuals show extra Sativa or Indica influence through subtle variations in the development and structure of their resin-soaked buds. Otherwise, phenotype variation is small, with a majority of plants flowering at the same speed and increasing their height by about 150%. A small proportion will show a jump at the onset of blooming, which first widens the gaps between internodes and later gives an even greater yield potential. All females exhibit a flower structure bursting with Indica density that is made even fatter with the running Sativa tendency, resulting in buds that swell upwards and outwards to crazy sizes. A strong and incredibly sweet aroma of pineapple-punch is the dominant flavour across the strain.

The Sativa-leaning females make great multi-stem plants and produce huge oval calyxes which spiral into crooked bud-pyramids large enough to bend branches. The Indica phenotype`s flowers are distinct and impressive, building into voluptuous columns of snowy bud with main colas as thick as an arm. Their gorgeous snow-covered effect comes from a unique pistil formation - where the oversized antennae sprouting from each calyx are covered with a visible fuzz of tiny hairs - and (as always with a Sensi strain) from a stupendous covering of full-sized resin glands. Ed's cannabis seeds flower in 55-65 days. Breeding History of the Strain Sensi Seeds Ed Rosenthal Super Bud has been decades in the making. Sharp-eyed cannabis historians and collectors of old seed catalogues might have seen the single printed reference to the breeding program that eventually led this strain - dating back to the 1989 Seed Bank catalogue:

Ed`s PEHT (Potent Evolved Hybrid Type 1) "In 1981, Ed Rosenthal gave some seeds to a breeder-grower. They consisted of Afghani-Durbans, Afghanis, Kush, Mexicans, Thais and equatorial Africans. All of these seeds were from pure, potent strains. During the next five years more than 12 generations of seeds were grown. Crosses between the strains were made on the basis of potency and yield rather than configuration. According to Ed "there`s not a plant there that you wouldn`t want to smoke, and their heterogeneous background makes it possible to discover some real winners. Only 1500 seeds are available." Those 1500 cannabis seeds sold out very quickly, and were not offered again.

The big shift towards indoor cultivation around that time meant that fewer growers had the time or space for experimental crossings. Sensi Seed Bank releases in the following years were exclusively stabilised f1 hybrids for indoor growers who needed strains with predictable behaviour. Sensi`s breeders had plenty of fascinating new possibilities to explore in those years, due to the expansion of our breeding-stock into a truly comprehensive collection of traditional cultivars and legendary hybrids, and the PEHT program continued quietly in the background. With occasional infusions of promising new genetic material and dozens more generations of crossing and selection for yield and resin production, the program yielded several rarefied plants which proved to be valuable intermediate parents in complex hybrids. A desirably heavy, sticky form dominated the later PEHT generations, and breeders began to focus on stabilising the finer points of the emerging strain. Certain unique flower structures and flavours discovered in the program were successfully reproduced as recurring traits, and the Ed Rosenthal Super Bud seed strain neared completion. However, by this time, near the end of the Nineties, Holland`s tolerance for cannabis was in sharp decline, and professional breeding became much more difficult as the large crops of test seedlings required for rigorous selection were no longer possible. As a result, the small amount of refinement required before releasing Ed Rosenthal Super Bud in its final distinct form took many years longer than expected, making this hybrid the longest single project in the Sensi Seed Bank collection.

Our seeds are intended for preservation for collectors and as souvenirs. Read more 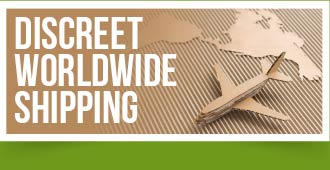 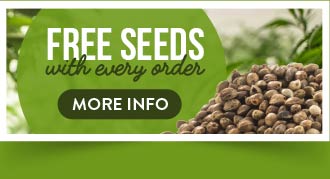 
Recommend
all good only I seed failed to pop, will order again
Irish Jon


Recommend
all good only I seed failed to pop, will order again
Irish Jon